I get asked about running shoes often, mostly by big guys for the obvious reasons, but by many who are also lifting and doing other work in addition to their running. Here is an down and dirty update and explanation of which and why I am wearing what I am currently.

After wearing many different brands, I have settled into Altra Running exclusively. I tried Hoka and Brooks but both were too narrow. They made my feet inordinately sore. I bought my first Altra shoes, the Paradigm, four years ago. For a max cushion road shoe, they were a bit stiff and they didn’t really impress. The second pair was different. I picked up their Olympus, a max cushion trail shoe. I described them as “damn near perfect”. They fit, offered great cushion and were very stable… enough cushion they became my favorite road shoe and stable enough (for me! I’ve great ankles and rarely roll) for rough, rocky trails. Alta made improvements to the shoe in their 2.0 version. I have three pair of them.

Last year I picked up a pair of their Lone Peak 3.0. A moderate cushion trail shoe with lots of great reviews from runners of all skill and body weight ranges, the Lone Peak fit great and even though it had ~10mm less sole, felt very similar to the it’s fat brother, the Olympus. They are awesome on the trail and also worked for me on the road. I recently purchased the latest version of the Lone Peak, the 3.5s. The only difference is the material the upper is constructed. The 3.5s fit and feel just like the 3.0s, but supposedly the material they are made dries faster. I say this because you can still find the 3.0 version for sale at very reduced pricing if you are interested. 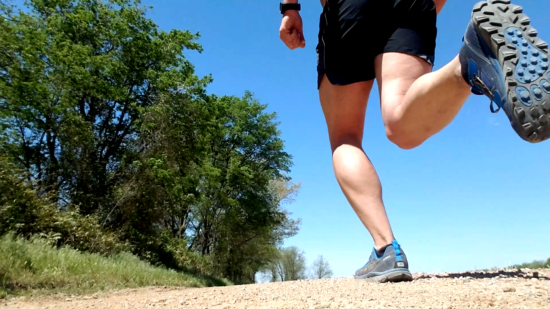 Enter the Timp. Alta’s newest tail shoe, it falls between the max cushion of the Olympus and moderate of the Lone Peak. It is the best of those two shoes combined and is my new go to. It’s lacing is a bit different and feels noir secure than either of the other two.

My recommendations vary… Altra are known for fitting wider feet. Their spacious toe box is what they promote and are known for. My girlfriend cannot wear them. Hoff has narrow feet and the Altra swallow her little paws.

If you’re a new runner and over 200lbs and have good ankles, then I’d suggest the Olympus. If the ankles are an issue, try the Timp. If you’re over 200 and have a decent base, either the Timp or LP might make you happy.

If you’re a strength or multi-discipline athlete interested in adding running to your work, max cushioned shoes reduce the wear and tear on tissues. That will, to some extent, reduce recovery time from the running and therefore interfere less with your other disciplines.

If you are a runner of a different sort, I don’t have the experience to comment. I don’t talk about things I don’t know, but after initially being dismissed by the running community, Altra has become one of the most popular brands and are being raced in by some top athletes. Also, I’m not affiliated with Alta Running in any way.