Training volume.Increased volume.High volume.Progressive volume.All the volume.It is far more likely to hear athletes and coaches mention volume in terms of multiplying it, not reducing it.It has become a sort of badge worn on the chest to tell the mortals around us that we are putting our heads down and charging into the most serious and difficult of training cycles.Publicly stating you are entering a high volume phase tells everyone you will be spending all your free time in the gym, your time a sacrifice to the training Gods.You will be painfully grinding out reps after reps and sets after sets of all the exercises. Yes, all of them.You’ll be doing movements primary, accessory, dumbbell, machines, and even movements you know are pretty much worthless in relation to your goals.But…you must get the volume.Heck, it is even possible you are still recovering from last volume phase you did.You set out to get stronger, more powerful, or faster, but you ended the 12 week period at only 9 weeks exhausted, aching, sore and not motivated to continue. You have spent far too much time training and not enjoying life.Finally, instead of being realistic with yourself about the inherent failures of volume cycles to produce the intended results, you create a compromise and instead convince yourself it improved work capacity or addressed those pesky imbalances the innerwebz talk about. 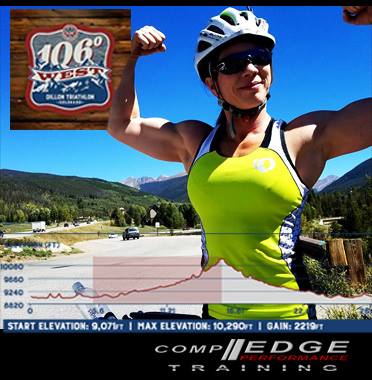 Sound familiar?Maybe you’re rubbing a sore shoulder, tweaked knee, inflamed elbows or shin splints as you read this and can link the soreness or injury to a current or recent volume cycle. 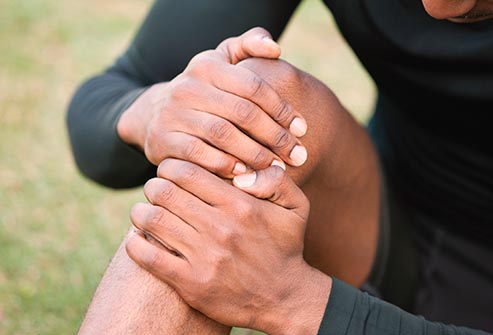 I take the opposite approach as much as possible. Doing everything I can to keep my own and my athletes’ volume as low as possible is a top priority and consideration an END|Strength principle, if you will.I assume all of my clients are busy very busy.Many are military and are exposed the ridiculous schedules.I consider time the most valuable commodity and take very seriously making the best use of it.Folks are, more often than not, surprised at how little I actually do.I am typically training both strength and endurance work concurrently, so I have to do less of both than a specialist of either would typically do.Even still, I do much less than most expect. 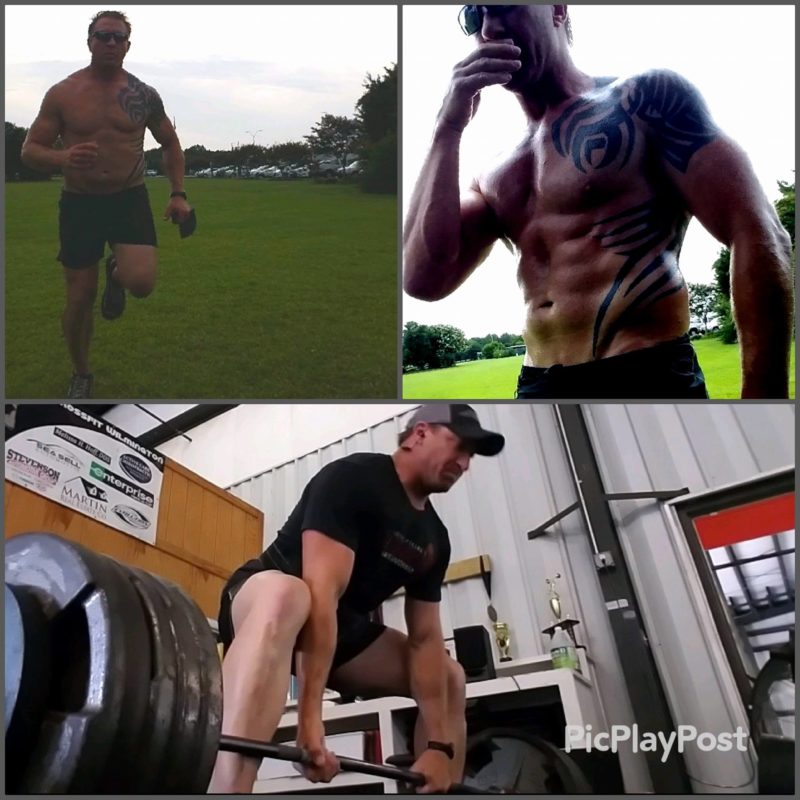 My strength work is typically 2 upper and 2 lower sessions per week of only a primary movement and 1 accessory.Upper is most often push and pull in the same session.I use supersets, mostly for the sake of saving time, of a bench variation and a row variation and another superset of supporting movements.If time permits, I will add an addition superset of tricep and bicep work.When training up for the 666 Challenge, I did a powerlifting split of only 3 sessions per week 1 upper and 2 lower.I only ran once or twice a week; only just enough to maintain a sub 6 minute mile.

Endurance is not much different.In many cases, I only train to about half the distance of the event.For shorter or medium events, like a half iron distance tri or a half marathon, I’ll go to…” the distance.The average ultra runner will put in 40-50 miles a week when working up to a 100 miler.I put in only 35 miles in the weeks leading up to the BigFoot 200.Admittedly, it would easy to argue I needed more since I did DNF the BF2, but I was fine [Check out our Youtube vids to hear more about our BigFoot 200 attempt). I do not plan on doing any more miles each week in preparation for it again this year.However, I do plan on doing more 35 mile weeks.

With client athletes the work I give varies per their event, goals, history, conditioning and the time I have to work with them prior to their event.Obviously an athlete new to a discipline requires building a base and developing technique that takes time and reps.Their volume will need to be as high as they can handle,but only as high as they can handle.It likely means training at lower intensities and more sessions per week to get the practice that makes things permanent.Relatively, and this will likely sound backwards to many, an athlete with more experience, a more solid base, can often gain more with less.Note I said relatively, as in, the more experienced athlete will likely still be doing more than the new athlete, but less of a percentage of the volume they are capable of handling.In other words, the newbie may need to train much closer to their threshold than an experienced and trained athlete needs to be successful at reaching their goals. 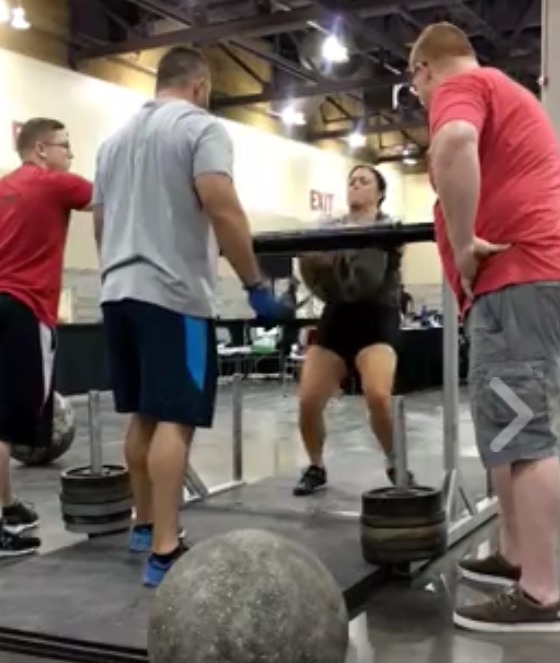 Example: A Crossfitter of 3-5 years who decides to run a 50 miler will need more running sessions to finish the race than a running athlete who has completed 5 half marathons and 3 marathons in the last two years.We will give them both 8 months to prepare and both are also lifting the primary lifts to maintain strength levels.The CFer, in their 4th month of training may be at 4 run sessions a week consisting of a an interval session equalling 3 miles, a speed run of 4 miles, a moderate intensity run of 6 miles and a long slow run of 10 miles.The trained runner would be at 3 sessions a week.An interval session of 5 miles, a speed run of 8 miles and a LSD run of 12 miles.The runner, at 25 miles in the week, is training at a lesser percentage of their threshold than the CFer at only 23 miles. 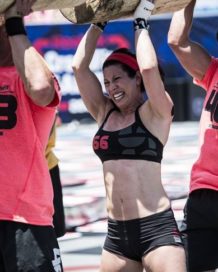 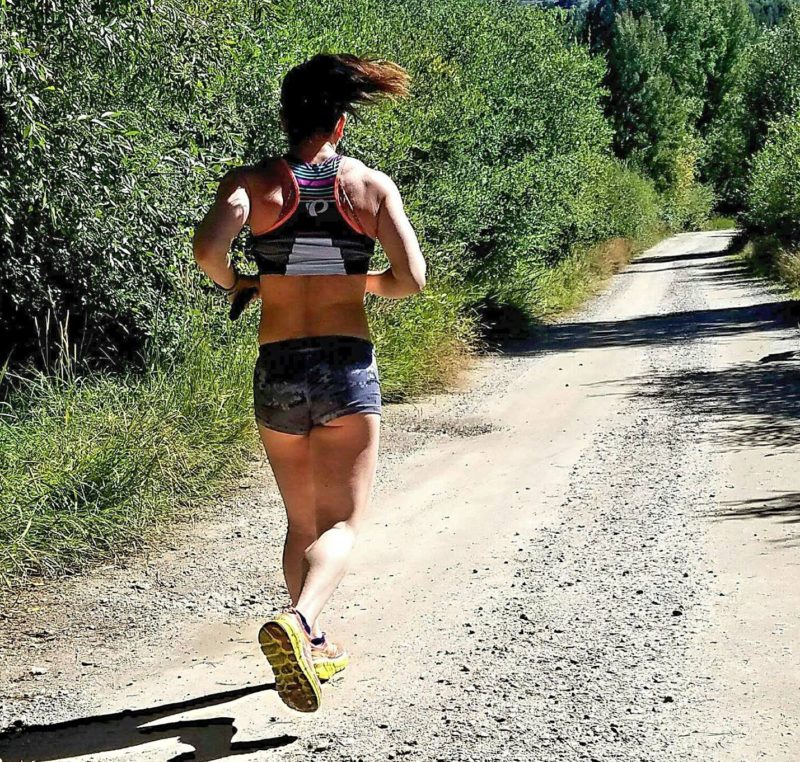 Another good example are military training for a selection course.I use Special Forces Assessment / Selection (SFAS) as the example.Our two theoretical candidates have 5 years in the military.One candidate is of an infantry background and the other is air crew.The infantry soldier will need less total ruck march sessions than the air crewman because he has far more exposure to being under the loads of gear and a ruck.3 months out from their course date I may have the infantry soldier doing only two ruck marches, one short and much faster than course standard pace and one long and at course standard pace.The air crew soldier may need three or even four ruck sessions per week to make up for not having the exposure to the ruck marches during his career.The total mileage of the two candidates may be similar, just like our running examples, but more sessions mean less recovery, therefore more relative volume.Another thing some will find interesting, I rarely have candidates train with more weight than they will carry at a selection course.Many programs, especially those written by coaches who have never attended a selection course, tend to have candidates train with loads well over 50lbs.Not only is it unnecessary for successful completion of a course, it is often the reason candidates DO NOT complete the course.It does no good to show up to course exhausted and injured and therefore unable to complete it.So it may seem counter-intuitive that I would have the infantry soldier use less than the typical weight carried at SFAS when he is able to carry 20 or 30 lbs more.Just because an athlete can do something, does not mean they should.My team joked [about doing excessively risky things] in Iraq we could get away with anything once. In other words, sooner or later you will pay for stepping over the edge. 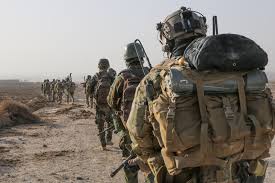 There are plenty of times I give athletes increased volume phases.They tend to be in only 6 week periods, that means only 4 weeks of high volume training.I give athletes 2 week training / 1 week deload (I call it reload) cycles to further reduce injury and keep the gain train on the tracks. 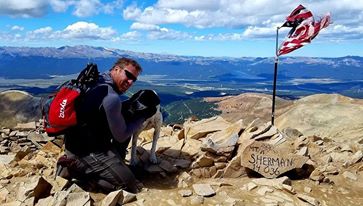 I go to the gym so I can be better outside the gym.A large number of my athletes do as well.My goal, for both myself and my clients, is to spend as little time as possible in the confines of a gym and more time getting outside.If the gym is a means to an end for you, take some time and pull the volume down way down.You might be pleasantly surprised your progress increases and your fatigue and soreness decreases.You will certainly notice the time you have gained time you can use to do something difficult!

END|Strength Part 1: The Basics and Who the Hell Is Doing This Stuff? Aerobic Training: Not to Be Confused With…