I just completed my first 50K trail run on January 30th. The first annual Southern Tour Ultra 50K, set just north of Wilmington in Scotts Hill, NC, was my first ultra distance run. I just wanted to share with you a little about my training leading up to the race, my mindset prior to and during the race and how the actual race went for me. 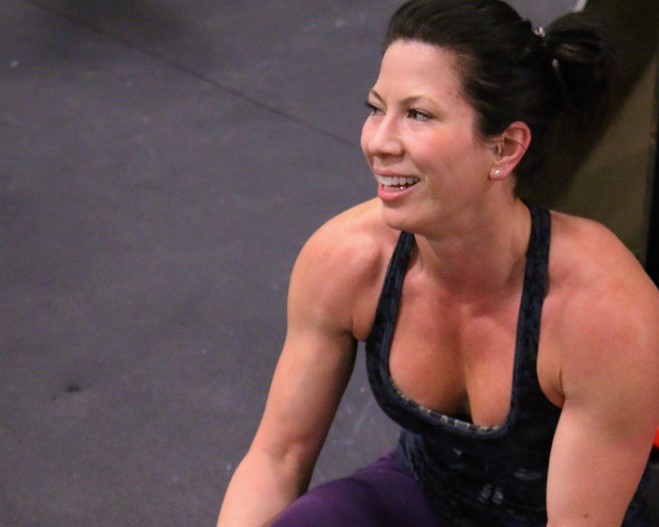 I signed up for the 50K trail run on November 11, 2015, twelve weeks prior to the race date. Tom Clifford, race director and owner of Without Limits Coaching, had mentioned back in the summer that he was organizing an ultra in January and the race taunted me for many months. I had been training for a half iron distance triathlon in October and a powerlifting meet in December. The meet was a qualifier for the Arnold Classic. I was unable to race the triathlon due to weather and a little bout with the flu. That flu lasted into November and interrupted my training for the meet, so I did not compete.

Knowing I was not going to the Arnold, I decided to make the 50K my next event. Â Now this is when most would assume I started running 5-6 times a week with a long run on the weekends, not so much. The END|Strength methods are not minimalist by any means, but the balance of strength work with endurance means less volume of each. Tony Cowden, my coach and leader of this END|Strength experiment/endeavor, programmed only two runs per and one alternate (cycle, row, or swim) each week leading into the last 5 weeks prior to the race. During that 12 week block of training, I continued to hit the major lifts, accessory and hypertrophy work along with my programmed endurance work. I typically ran intervals on Wednesday with 400m being the longest distance for my intervals and my longer runs on the weekend when I had more time. On Mondays and Fridays, I cycled from anywhere to 20 minutes to an hour. One of the most important principles of END|Strength programs is a scheduled reload (aka deload) week every third week. While many programs train for three weeks then taper the fourth, we train for two weeks then reload the third. It guarantees progress and reduces the potential for injury exponentially.

A couple things to note, I only ran one time per week in the last 5 weeks before the race.  This may not seem like an “optimal” approach to training for an ultra, but I was struggling with knee pain and a nagging injury in my left foot. We decided on cycling more and completing only one long run per week leading up to the race to reduce the stress on my knees and foot. 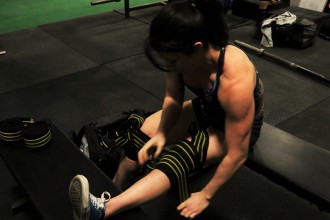 Some would question this and ask how I planned on getting my body accustomed to running long distances if I only ran once per week. One of the basic principles of END|Strength and all the Comp|EDGE training, is remain healthy. We think going into a race injury free and suffering some discomfort on race day is better than pushing through an injury 2-3 times per week then go into the race with a nagging, or worse, a race stopping injury. You will also note I only ran 5 miles the Saturday prior to my race and did not run again until race day. The pain in my left foot was bothering me up until race day. I decided to cut my run short rather than risk injuring myself further. I waited up until the packet pick-up to decide whether I would run or not and ultimately made the call to run it. Had I ran during the week leading up the race, I may not have.

I also dropped nearly 10lbs in the two weeks prior to the race. At just over 130lbs, that is 8% of my body weight and lot to carry for 31 miles and a no-brainer as far as performance is concerned.

The race consisted of a 5+ mile loop six times. My goal for my race was to run 5 miles/hour and finish within 7 hours. I wanted to run at a pace of 9:00 to 9:30min/mile and have a 2-3 minute rest between each 5 mile loop. The racers were allowed to set up a little “camp” where you could rest and refuel after each 5 miles. I decided not to carry my water on me (Camelbak) because I did not want the added weight, grabbing water and fuel as I came by my camp each lap. 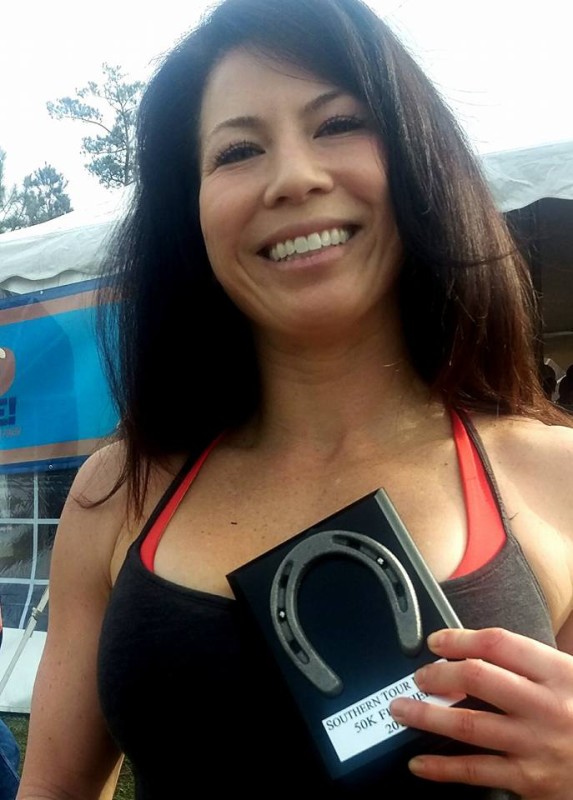 The race was a 50K, NOT 30 miles, that is 31 MILES!! I feel the need to reiterate the distance because I earned every bit of the last mile. Of course, it was the hardest mile but it was probably also my fastest mile of the entire course. Laps 1-4 were physically challenging but laps 5 and 6 were by far the most mentally challenging. In the end, I surpassed my goal of finishing in 7 hours by a full 56 minutes. I finished 4th place female and 28th overall.

The entire idea of END|Strength is to create athletes who can produce exceptional endurance and strength at the same time. Two days after the race, I was back in the gym and worked up to a 225lbs squat for a triple. I no doubt could have taken more, but sticking with principle of not getting injured, I shut it down and went home happy!

Overall it was not too bad for a powerlifting, CrossFitting, bodybuilding, endurance athlete who likes her training to be fun! 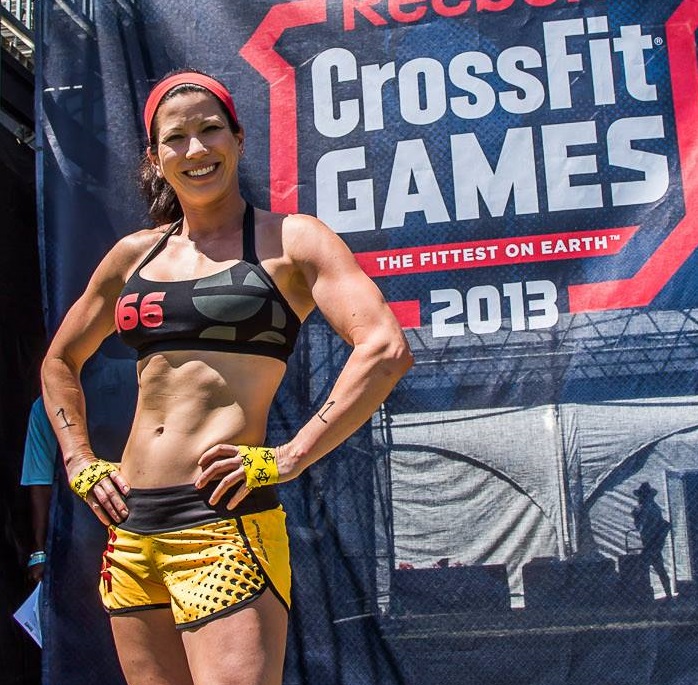 Melissa Hoff is a successful dentist and business woman. She is a CrossFit Games athlete and an IronMan Triathlete. In addition to CrossFit and Triathlon, Melissa has competed and won in figure, powerlifting, olympic weightlifting, and countless other endurance events. She is a leader in the END|Stength hybrid movement, as displayed in her recent accomplishments in endurance and strength. Â Melissa is Comp|EDGE Performance’s lead nutrition coach and is available for personalized programming and coaching.

END|Strength Part 1: The Basics and Who the Hell Is Doing This Stuff Competition Day Nutrition